Boulder County is known for its magnificent outdoor landscapes, vibrant business scene, and renowned academic & research institutions.  Over 300,000 Coloradoans call this special region home.  Each city within Boulder County offers unique small-town attributes while at the same time benefitting from the proximity to Denver and the Denver International Airport.

Our region is consistently recognized as an ideal environment for outdoor/active living, health, small-town living, and business start-ups.  It’s no wonder that approximately 500,000 people relocate into Colorado annually.

If you haven't already, be sure to register for a free account so that you can receive email alerts whenever new Boulder listings come on the market.
Included below are homes for sale in Boulder County.  For listings in a specific city, please see above.  If you would like more information on any of these Boulder County real estate listings, just click the "Request More Information" button when viewing the details of that property. We can provide you with disclosures, past sales history, dates and prices of homes recently sold nearby, and more.

Boulder County was one of the original 17 counties established in 1861 in the area known as the Territory of Colorado.  The county acquired its name as a result of the burdensome amount of boulders in the creek which made gold prospecting operations in the area difficult.   Captain Thomas Aikins led the first group of gold prospectors and settlers into the area in 1858.  They encountered Chief Niwot, leader of the Southern Arapaho people who hunted and lived in the area.  Despite the prospecting party's attempt to warm the Chief up to their presence in the valley with gifts of food and goods,  Niwot ordered them out of the area.  Aikins did not comply and the city of Boulder was established in 1859 as well as Gold Hill, which was the first town in which gold was discovered in Colorado.  Interactions between the native and the prospectors oscillated between tolerant and hostile as it became clear that Chief Niwot's vision, which is known as Niwot's Curse or the Curse of the Boulder Valley, was now a reality..."People seeing the beauty of this valley will want to stay, and they staying will be the undoing of the beauty."
﻿

Boulder County is 740 square miles in area and is bordered on the west by the Rocky Mountains.  It contains the cities of Boulder, Lafayette, Longmont, and Louisville as well as the towns of Erie, Jamestown, Lyons, Nederland, Superior, and Ward.  Some of the more popular census-designated places within the County include Eldorado Springs, Gunbarrel, Niwot, and Hygiene.

Boulder County is known for its beautiful landscape and access to amazing outdoor activities.  There are five national protected areas within the region: Arapaho National Forest, Roosevelt National Forest, Indian Peaks Wilderness, James Peak Wilderness, and a portion of Rocky Mountain National Park.  Eldorado Canyon State Park is a remarkable area located south of the city of Boulder and is protected by the state.
﻿

Commute times within Boulder County vary.  See our list of individual city/town pages for drive times to Denver, the Denver International Airport, and the ski mountains.
﻿

Get Familiar with Boulder County

Enjoy a meal and show along the pedestrian portion of Pearl St. in Boulder

Walk the Boulder Creek Path – this a paved path that runs east/west through Boulder.  It is accessible off of Canyon Road and a great way to see the town.

Enjoy brunch and a hike at Chautauqua – Established in 1898
﻿

There are two school districts within Boulder County; Boulder Valley (BVSD) and St. Vrain Valley (SVVSD). BVSD includes schools in Boulder, Louisville, Gunbarrel, Lafayette, and Superior.    SVVSD includes schools in Longmont, Niwot, and Erie.  Boulder’s many universities, including the University of Colorado, provide world-class academic training. Refer to the table below to view average school ranks by school level for each city within Boulder County according to GreatSchools. org.

Boulder County proudly represents a $25 billion economy composed of companies from the technology, pharmaceutical & bioscience, solar & cleantech, aerospace, natural products, and outdoor recreation sectors.  The economic health of the region is impressive and growing due to the culture of innovation and success that existing resident companies have fostered.   The Boulder region is second only to San Francisco in the rate of venture capital investment per resident.  See below for a sampling of major companies in the area.  Lists reference the Boulder Economic Council. 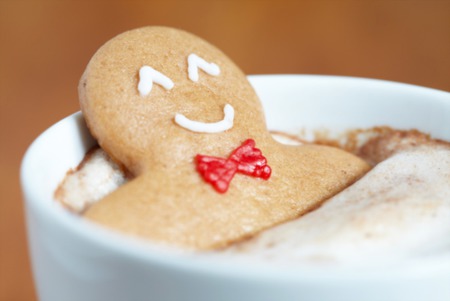